Xifaxan is a medicine used for treating traveler’s diarrhoea and irritable bowel along with diarrhoea. The generic name of Xifaxan is rifaximin. It even helps in reducing the reappearance of hepatic encephalopathy among adults. Xifaxan is an antibiotic drug. The growth of the bacteria causing diarrhoea is stopped by using this drug. They come in the form of tablets.

This medicine contains rifaximin which is a semi-synthetic, non-aminoglycoside antibiotic. It is derived from rifamycin SV. The inactive ingredients present in a 200 mg tablet are:

The additional ingredient present in a 550 mg tablet of Xifaxan is polyvinyl alcohol.

The main use of this medication is to treat diarrhoea that results from a bacteria called E. coli (also known as “traveler’s diarrhoea). It can even be effectively used in fever and bloody diarrhoea. The growth of the bacteria is stopped by this drug which helps in the treatment process.

Xifaxan is used for treating bacterial infections only and would not work in case of viral infections (like flu and common cold). The misuse and unnecessary usage of this antibiotic can reduce its effectiveness.

The drug may also be used for treating an irritable bowel syndrome along with diarrhoea. Brain problems that are caused by liver disease (hepatic encephalopathy) may also be prevented by this drug.

The various side-effects associated with the use of Xifaxan that may need immediate medical attention are as follows: 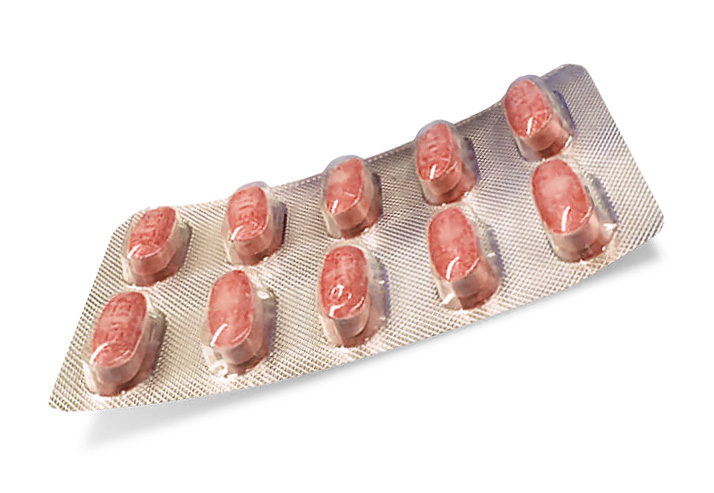 If the patient has any of the following conditions, he/she should not be prescribed Xifaxan:

Animal studies have shown that this drug has adverse effects in the new born child. Though no controlled experimentations have been performed in humans. Xifaxan should only be given to the mother if the benefits are more than the potential risks involved.

» Xifaxan: Information for the users [PDF]